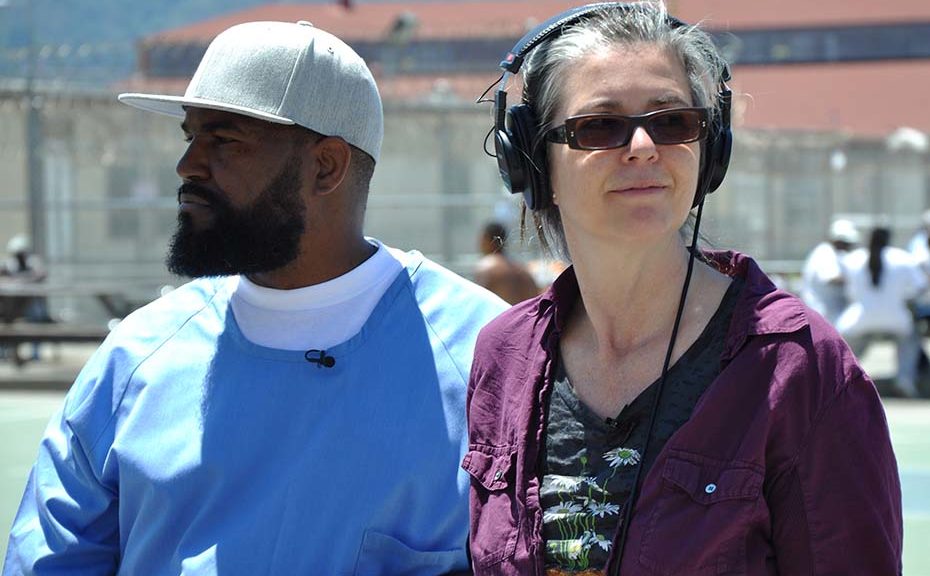 Ear Hustle, the podcasting phenomenon from San Quentin State Prison in California, is coming to the National Prison Radio airwaves.

Ear Hustle tells stories of life inside California’s oldest and largest prison, shared and produced by those living there.

The podcast is a partnership between visual artist Nigel Poor and Earlonne Woods, currently incarcerated at San Quentin State Prison, and was co-founded with fellow inmate Antwan Williams.

Ear Hustle is one of the most amazing success stories in the history of broadcasting.

Ear Hustle was the winner of Radiotopia’s Podquest contest in 2016, chosen from more than 1500 international entries. Radiotopia from PRX is a curated network of extraordinary, cutting-edge podcasts.

This prison podcast has been incredibly popular. Just a month after its launch in June 2017, Ear Hustle exceeded 1.5 million downloads worldwide and reached the number one slot on the iTunes podcast ranking.

‘Ear hustle’ is US prison slang for eavesdropping. The show gives the world a rare opportunity to learn about the realities of life inside. It examines a range issues relating to prison life… What is it really like to share a cell? How do people cope with serving long sentences? And what about conjugal visits?

Each episode of Ear Hustle is reviewed by the prison’s Public Information Officer, Lieutenant Sam Robinson, but it the programmes feel honest, frank and uncensored.

As anyone who’s watched many of the documentaries about prisons in the States knows, life on the wings over there can be extreme.

No one knows that better than Earlonne. He is serving a 31-years-to-life sentence for attempted 2nd degree robbery due to the controversial three strikes law.

He makes Ear Hustle alongside Nigel Poor – an visual artist who volunteers at the prison.

Earlonne and Nigel spoke to us about why the programme has been successful, and what it means to be part of the National Prison Radio team.

What do you think of Ear Hustle being broadcast on National Prison Radio?

Earlonne: “I think Ear Hustle being broadcast on National Prison Radio is a wonderful thing. It is my hope that prisoners can see that in the right situation their words and work can reach beyond the shores of their country and affect people abroad. I hope that when my fellow prisoners hear us on National Prison Radio they enjoy what Ear Hustle has to offer. Hopefully we did a great job with our storytelling.”

Nigel: “Well it is absolutely amazing ~ when we started this project we had no idea if anyone would care to listen. When I tell people that Ear Hustle is being heard in prisons In England and Wales I still have to pinch myself, like wow, our project that shares the voice of men incarcerated in California is being heard 5,000 miles away – amazing! There really is hope that conversations can make a difference and bring about change.”

Do you think prisoners in England and Wales will be able to relate to it?

Earlonne: “I believe that anyone anywhere who has given up their freedom will be able to relate to all of the stories. Our stories touch on global commonalities within the prison system as well as in society. One of our episodes is called Left Behind and is about dealing with long-term and life sentences. Though in the States that can often happen because of really minor offences.”

Nigel: “I am not incarcerated. I come in to prison to work on this project so I can only speak from that from experience. I will say this: one of the mandates of our project is to show commonality between inside and outside people – our stories are about being human. We talk about family, growing up, dealing with ageing, being a parent, finding love, racial politics, food, getting out of prison, taking care of animals, gender identity, memories, hope & hopelessness.  Those are universal experiences, not country-centric ones, so I assume those incarcerated in England and Wales will see themselves and their experiences in our stories.”

What will it mean to you to know Ear Hustle is going to reach prisoners on the other side of the Atlantic?

Earlonne: “It means a lot to me because it shows that no matter where you are at your able to get your voice out and impact others. Hopefully Ear Hustle inspires my fellow prisoners to continue to pursue their goals and never give up, no matter what situation they are in. I look forward to one day travelling to the other side of the Atlantic and to hopefully meet some of you!”

Nigel: “Knowing that our stories are going to reach prisons on the other side of the Atlantic gives me hope that our conversations can broaden – and that we can help each other feel more human, more seen and more loved.”